The Easy Way to Keep Up with Texas Sugarcane Aphid News

The sugarcane aphid has been a dynamic and serious pest of sorghum in Texas and across many southern states the last two growing seasons. In an effort to make it simple for people to keep up on Texas-specific news on where the aphid is being found and the latest research on control, scouting, and resistant hybrids, we have developed a statewide Sugarcane Aphid Newsletter. Entomology personnel from all over the State will contribute news articles.

The newsletter can be accessed here: http://txscan.blogspot.com .

You can enter your e-mail address on the blog page to receive notifications of new postings. The newsletter went live on February 26th and currently has postings on the new Section 18 for Transform insecticide and a pictorial guide to recognizing the sugarcane aphid.
Posted by Pat Porter at 10:29:00 AM

The root-knot nematode (Meloidogyne incognita) is widely distributed throughout much of the southern High Plains and is capable of causing significant yield loss. Since 1996 I have soil sampled IPM Program scouting fields in Hockley and Cochran Counties for root-knot nematodes. Eighty percent of all samples have contained a damaging level of root-knot.  The remaining 20% are fields which are routinely rotated with another crop such as peanuts. Symptoms associated with root-knot damage consist of poor vigor, stunting, yellowing of leaves and wilting. A characteristic feature of root-knot nematodes is the formation of galls that occur on the roots. 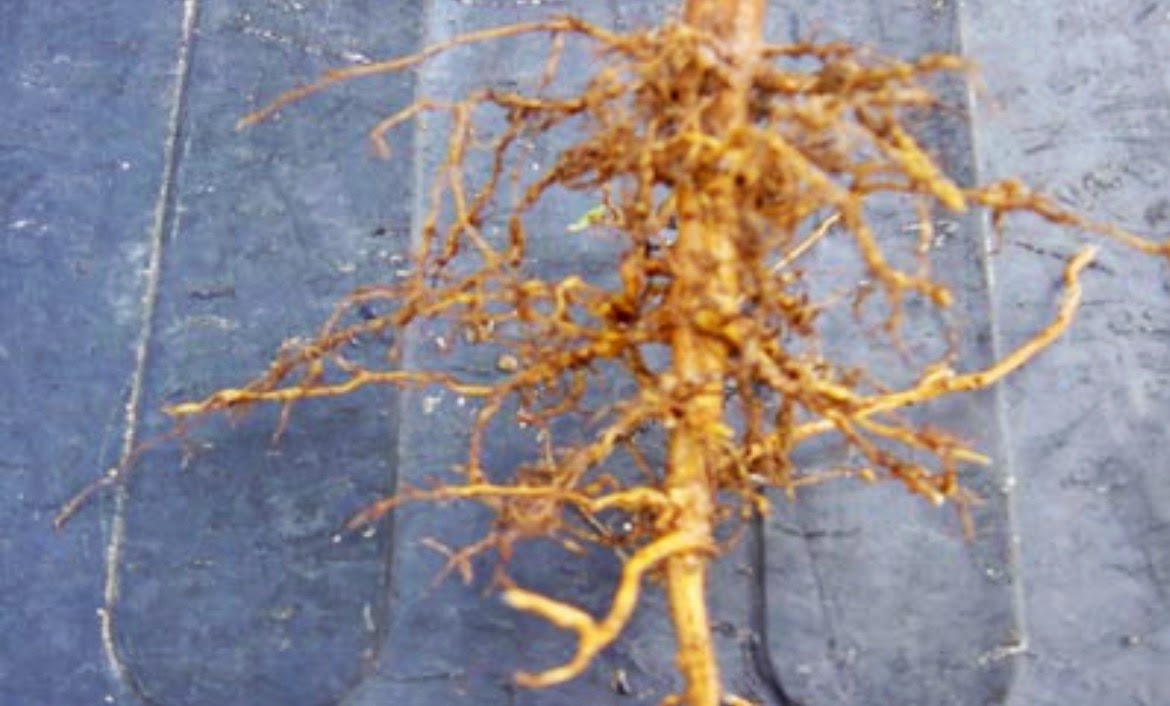 In addition, infected plants may exhibit nutrient deficiency-like symptoms, as M. incognita females feed on cotton roots and disrupt the plant’s ability to acquire water and nutrients. The amount of damage observed is more severe when nematode populations are high. Furthermore, this damage may be enhanced by other stresses such as drought or herbicide injury.

Several cotton varieties with partial resistance to root-knot nematodes are now available. The varieties Fibermax 2011GT, Deltapine 174RF, and Phytogen 367WRF have been evaluated and are known to have partial resistance and/or improved tolerance. Field studies conducted in 2013 indicate that other varieties such as Deltapine 1454RN B2RF and Stoneville 4946GLB2 also possess root-knot resistance and yield similar to the aforementioned varieties. Furthermore, Phytogen 417WRF greatly reduces nematode reproduction and may be an option for fields that are severely infested.

Sampling at the end of the growing season will provide the most reliable results of knowing what level of infestation is present in a field, as nematode populations are highest at that time of the year. To learn more about sampling go to this document: http://24benefi37g1f8w8w3ohxam1.wpengine.netdna-cdn.com/files/2011/11/Nematodesampling.pdf . 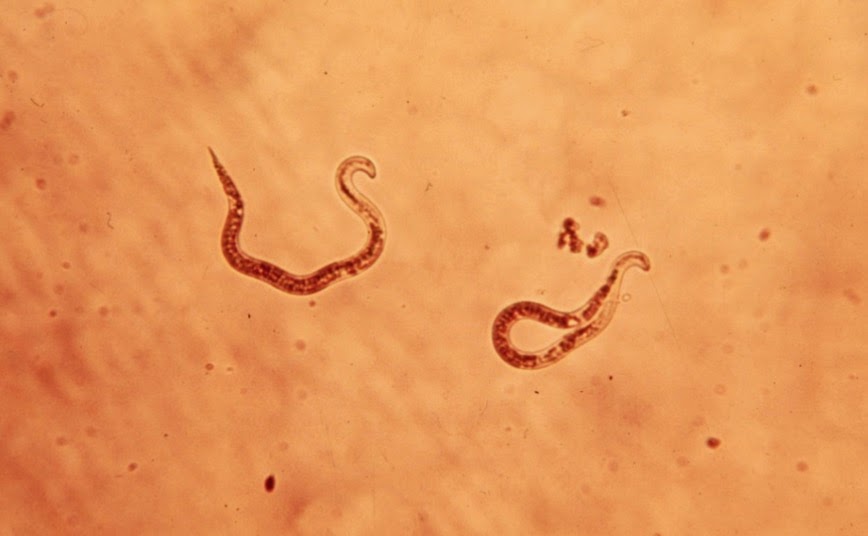 Crop rotation with a non-host is a good way to reduce nematode densities, but M. incognita populations can build up quickly the next year cotton is planted. With the loss of Temik 15G, chemical management options for nematodes are limited. Performance of the seed treatment nematicides, such as Acceleron-N, the Aeris Seed Applied System and Avicta Complete Cotton are somewhat inconsistent and should not be used as stand-alone in high-risk fields. A new product called Velum Total from Bayer has been tested as an in-furrow applied liquid. This product will be available for demonstration purposes in 2015. Foliar applications of Vydate® are labeled for use in cotton; however, research is currently being conducted evaluating usage rates and application timings in order to maximize efficacy and increase profitability. Research I have conducted here in Hockley and Cochran Counties has shown that Vydate is most effective when applied soon after emergence when 2-3 true leaves are present at a 17 ounce broadcast rate per acre. This would be followed by another 17 ounce application 7 days later. A band application can be made in order to save on chemical cost as long as a uniform application can be made. The soil fumigant Telone II has been used to successfully manage nematodes in the High Plains; however, usage is limited. This is due to availability and cost of the product, as well as constraints that affect application (i.e. specialized equipment and adequate soil moisture at the time of application). Other new and even some older products are being tested for efficacy against cotton nematodes, but data is limited at this time. Information from these and other studies will be made available as they become available. 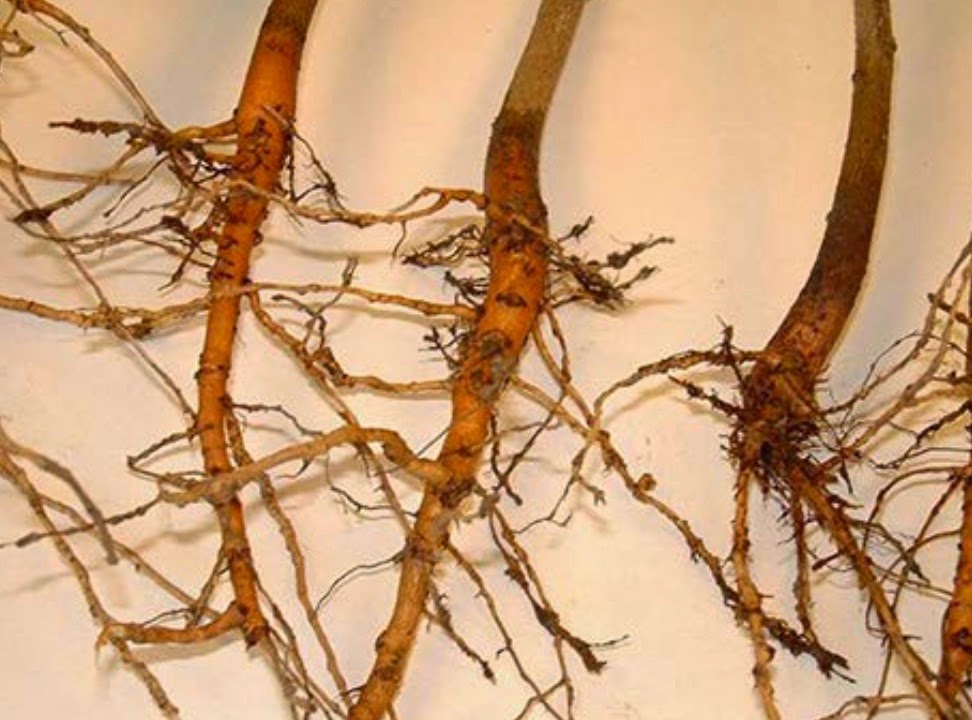