Fall armyworm in corn and sorghum

Fall armyworm trap captures at Lubbock are up this week and we are on course to approximate the high numbers experienced in 2014. 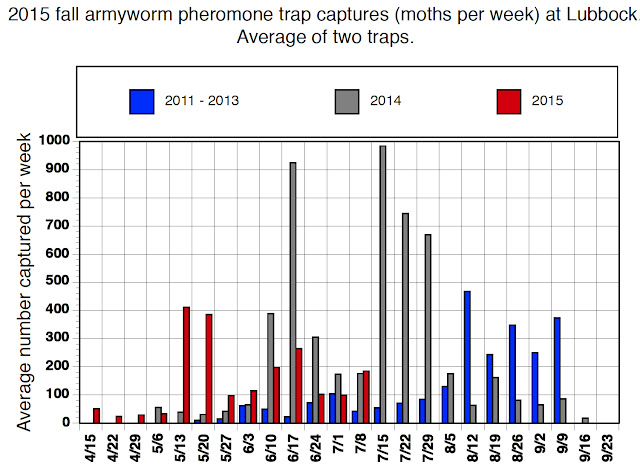 Larvae feed on corn ears and ear shanks and behind leaf collars. Our recent research at Lubbock has shown that one fall armyworm larva, when boring through the side of an ear, causes an average of 0.20 lbs. of yield loss per ear through direct kernel injury and damage by associated fungi. In our experiments the mycotoxin (fumonisin) levels in grain greatly increased in ears damaged by fall armyworm side entry damage. Heavy infestations may result in substantial yield losses because larvae feed directly on the ear. Additional losses can occur when shank feeding causes ears to drop and when stalks lodge as a result of feeding damage to the nodes.

Non-Bt corn and single toxin Bt corn (Cry1F Herculex) should be scouted carefully as it approaches silking and for at least two weeks thereafter. Scouting for fall armyworms can be difficult. Check corn leaves and grasses in the furrow for egg masses. There may be 50 to 100 eggs per mass. Also check for small larvae behind leaf collars and at the bases of primary and secondary ears. Small larvae differ from late instar larvae in that they are pale tan in color and have a small black spot on each side toward the head. Larger fall armyworm larvae tend to be brown in color while corn earworm is more brightly colored in yellow, red, pink or beige.

Unfortunately, we do not have a treatment threshold for fall armyworms on reproductive stage corn. Our research trials at Lubbock have shown that if an insecticide is needed applications should optimally occur in a five day window starting at or just prior to silking. Applications made 7 days after silking were less effective at control because many of the larvae were protected inside ears. 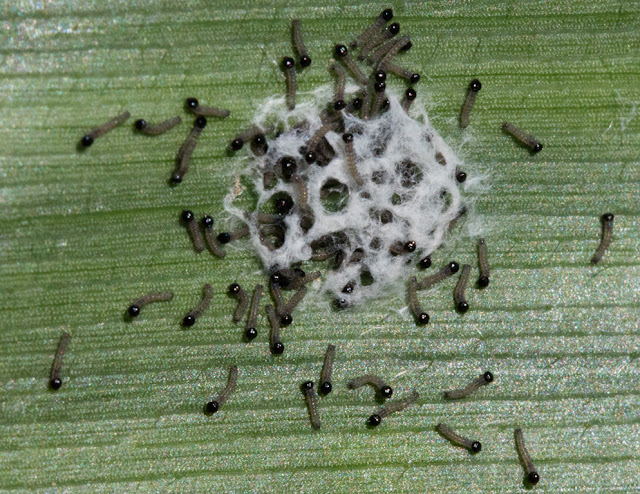 On larger fall armyworm larvae the "inverted Y" on the head capsule is thicker and more pronounced than on the corn earworm. 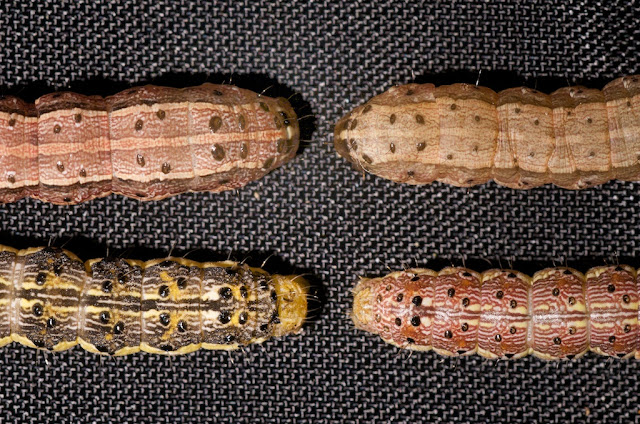 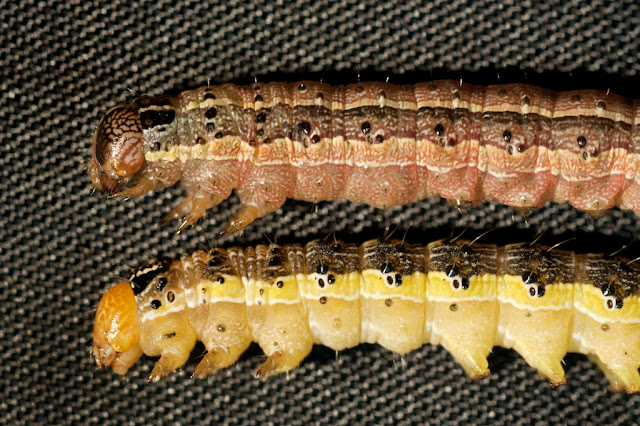 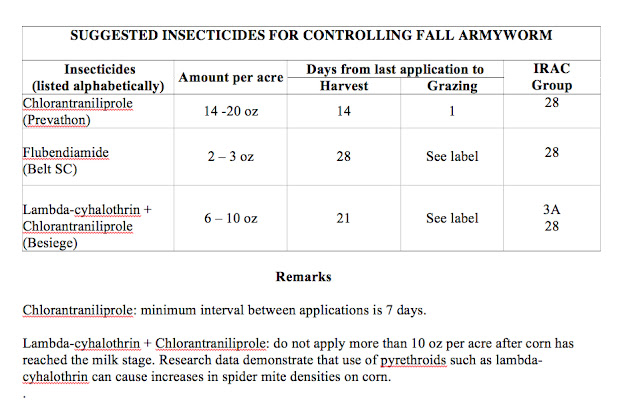 Suggested insecticides for fall armyworm in corn. Click for a larger view.

Fall armyworm infests whorl stage, boot stage and headed sorghum. Whorl stage sorghum can withstand significant damage. Sorghum in the boot stage through grain fill should be scouted for headworms (fall armyworm + corn earworm). Prior to the arrival of sugarcane aphid in sorghum we would have said to determine which caterpillar species was predominate in a field and then choose either a pyrethroid (if corn earworm) or a non-pyrethroid (if fall armyworm). This distinction is because pyrethroids are not very effective on larger fall armyworm but are good at controlling corn earworm.  However, things change when sugarcane aphid is present in a field; pyrethroids and organophosphates should be avoided because they destroy the beneficial insects that suppress sugarcane aphid populations. Insecticide considerations for "other" pests when sugarcane aphid is present are covered in our special publication here.

Treatment thresholds for headworms are based on the size of the larvae, the value of the crop per acre and the cost of control. The following table refers to corn earworms, but action levels are really caterpillar numbers whether they are corn earworms or fall armyworms. Note that there are two separate thresholds, one for large larvae and one for medium-sized larvae. Full details are presented in Managing Insect and Mite Pests of Texas Sorghum. 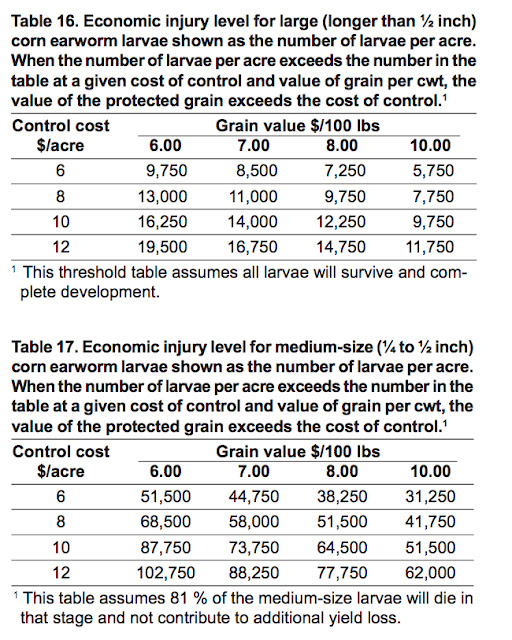 A future article will cover sorghum midge in more detail, but it is possible that midge problems may be worse than normal this year because of the abundance of Johnsongrass, an early season host of sorghum midge. It is generally true that fields that bloom before August 4th in the Plainview area will not have economic midge damage. However, Greg Cronholm, Independent Crop Consultant and Extension Agent - IPM (retired) has found midge on sorghum as early as July 25th. If we start out with abundant midge numbers coming from Johnsongrass then the August 4th assumption may not hold up this year.